Taylor grew up in Park City Utah dedicating her life to using gravity and the fall line ski racing. She moved to Alaska in 2011 to compete for the UAA Alpine Ski Team, and quickly began to realize it was more rewarding to be skiing in the backcountry than standing in the start gate shivering in spandex. Taking her first avalanche course with AAS put the nail in the coffin, and on day two of the course Taylor knew what she wanted to do when she grew up! Taylor previously coached ski racing at the U16-U21 level and has her level 100 coaching certification, and PSIA level 1 instructor certification. While in-bounds Taylor has accepted to ski slow in slow zones in exchange for a career working with snow, and is now in her third year as a ski patroller. In the summers Taylor is a sea kayaking guide based out of Whittier or Aialik Bay. To make up for her years in spandex, she will always be wearing more jackets than is necessary! 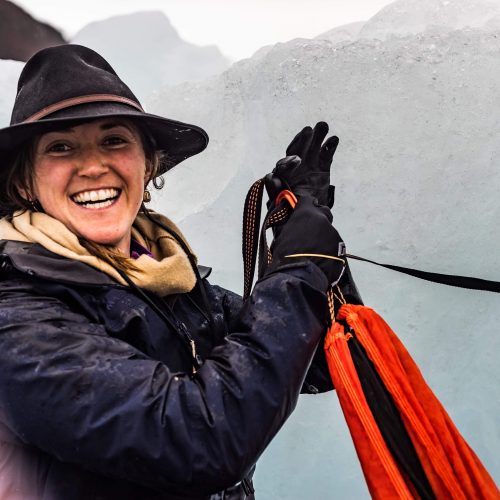