Born and raised in Anchorage, Alaska, Sam grew up spending his winters playing hockey more often than snowboarding or skiing. Sam graduated from Bartlett High School in 2013 before enlisting in the United States Marine Corps, where he served 5 years as an MV-22 Osprey crewmember and mechanic. After his 5-year service based out of North Carolina, he returned home to Anchorage. Reigniting his passion for exploring the great outdoors Sam began backcountry skiing in 2019 and has been hooked ever since. Sam is currently attending Alaska Pacific University majoring in Outdoor Studies with a primary focus in Snow Science. 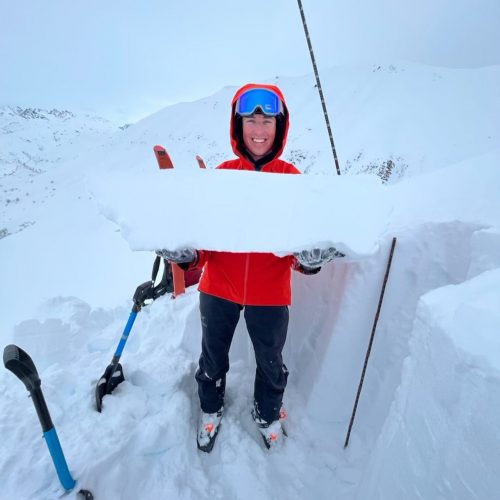