Pat Dryer lives in Juneau, Alaska and is an avid skier and backcountry enthusiast. Originally from Wisconsin, he moved to Juneau and started Ski Patrolling at Eaglecrest Ski Area. During that time Pat has become an avalanche educator for the American Avalanche Association as well as the National Ski Patrol. He also assists with the City of Juneau Urban Avalanche Advisory as a forecaster. Pat has served as the President of Juneau Mountain Rescue for 6 years as well as a Director on the Alaska Search and Rescue Association, Mountain Rescue Association, and the Southeast Alaska Avalanche Center boards. When he is not skiing or patrolling Pat, his wife Jackie and son Oliver can be found boating and exploring Southeast Alaska. 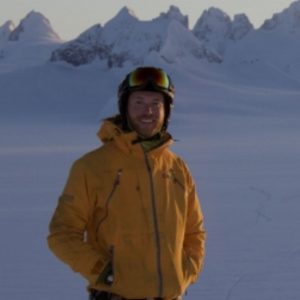