Growing up downhill skiing with his family, Jeff began his backcountry ski career at the University ofColorado, Boulder in 2005. He pursued ski-touring and ski-mountaineering, along with a bachelor’s degree in Human Geography, Cartography, andGIS. After 4 years of mountain and academic adventures, he had mentored hundreds of students as a director of the Backcountry Club and taught AvalancheLevel 1 for the Outdoor Program. Jeff traveled to Haines, Alaska in 2010 and spent two consecutive winters before moving to Haines full-time. Now, during the winter months, he works as a forecaster with the Haines Avalanche Center and public educator with the Alaska Avalanche Information Center.While learning from his own experiences, Jeff enjoys sharing his knowledge and passion for snow as a recreational avalanche instructor 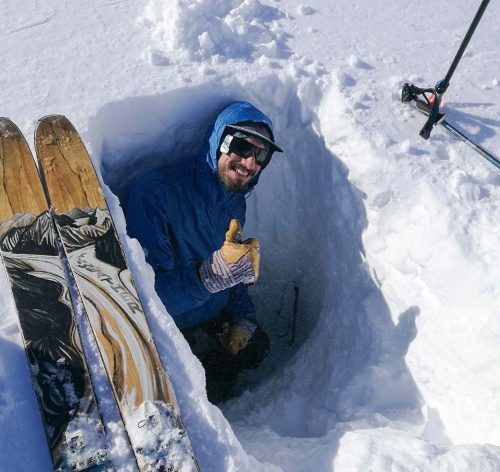